Important Milestones in the

Debate in the Senedd in Cardiff; cross-party support for the campaign

Meeting with, and support from, Network Rail, Cardiff

Adopted as official party policy by the Welsh Liberal Democrats 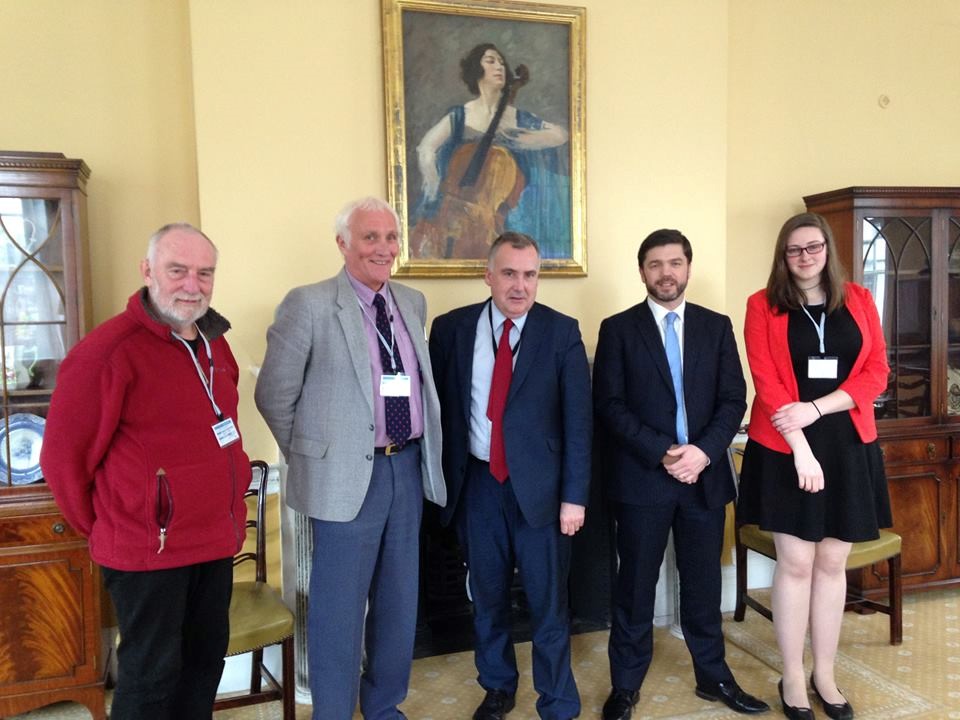 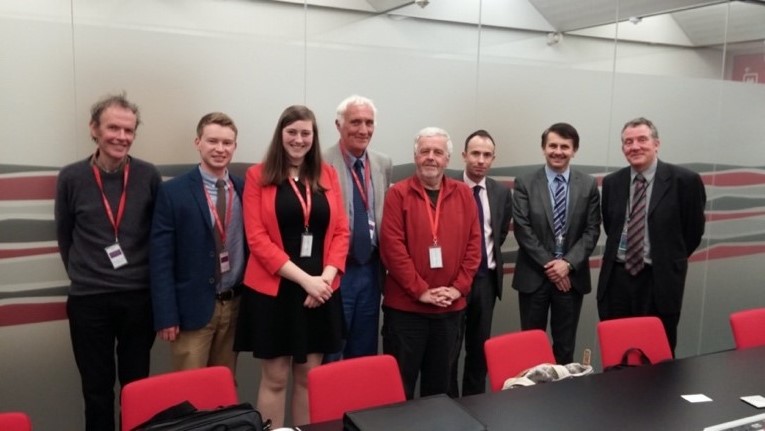 £30,000 allocated by the Welsh Government for a Scoping Study into the reopening of the line

First meeting between TLC and the consultants AECOM, Cardiff

Support for a Full Feasibility Study in Plaid Cymru, Liberal Democrat and Green Party manifestos for the Welsh Assembly elections 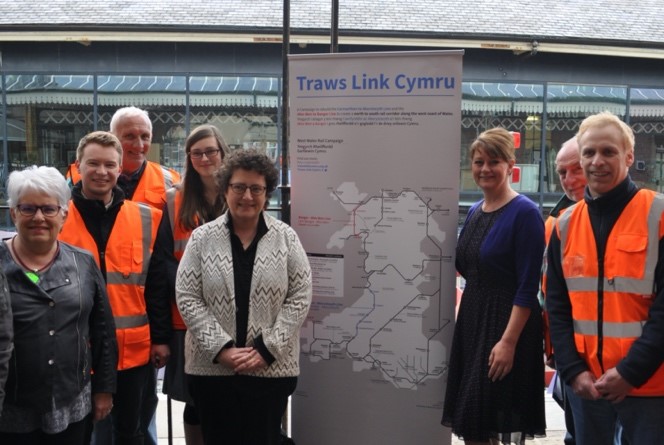 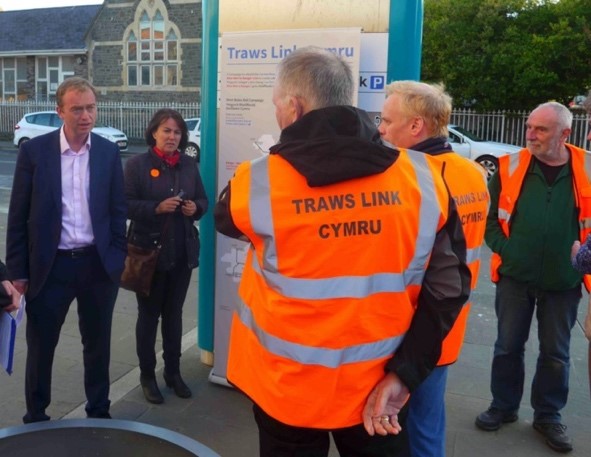 Welsh Government announces funding of £300k for a full Feasibility study into the reopening of the line. Contract awarded to Mott MacDonald 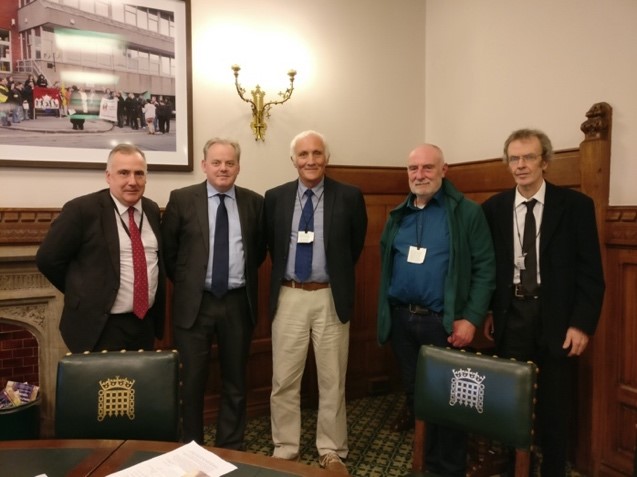 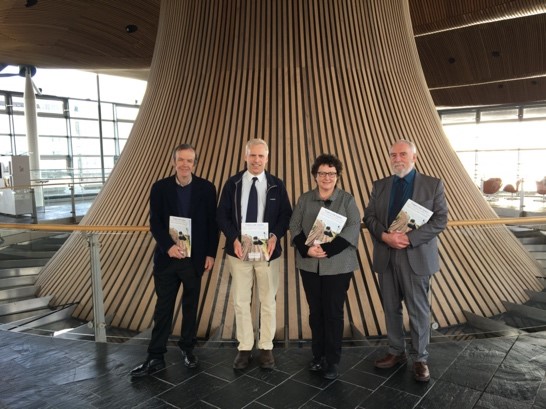 Meeting between TLC, Mott MacDonald and Transport for Wales to discuss the Feasibility Study 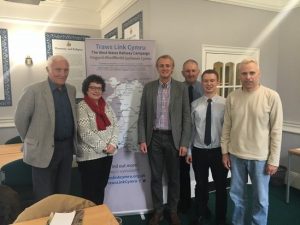 Publication of the Feasibility Study

Debate in Westminster Hall on the reopening of the Aberystwyth to Carmarthen railway convened by Jonathan Edwards, MP for Carmarthen East and Dinefwr attracted strong cross-party support 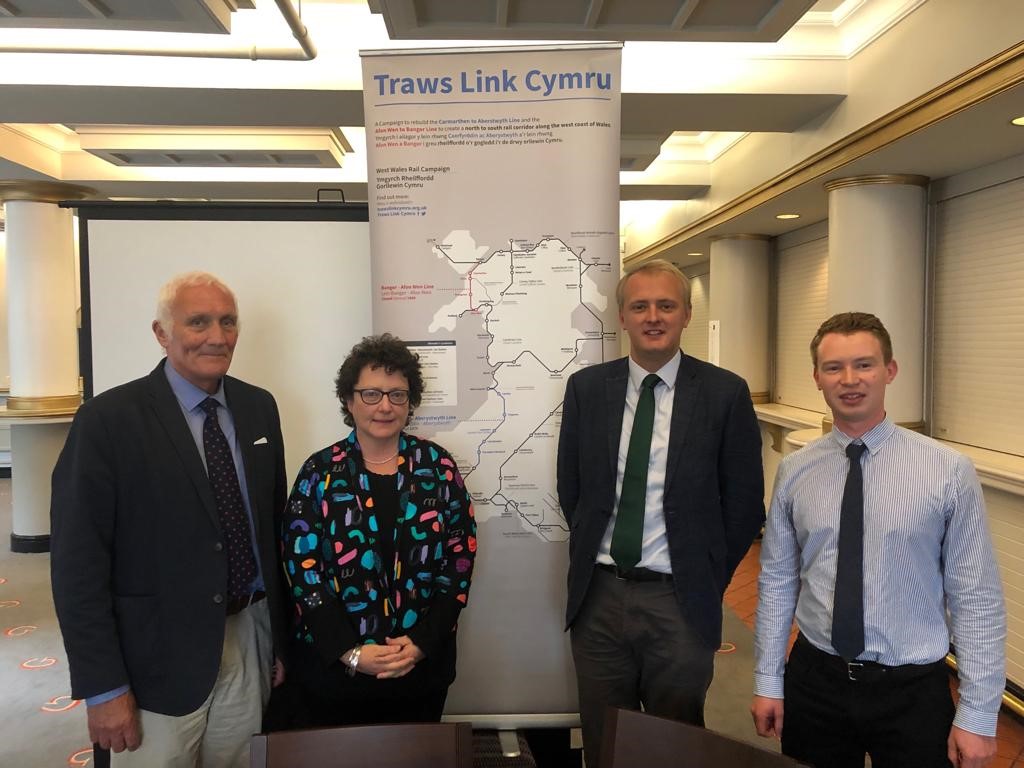 Publication by TLC of ‘A New Strategic Rail Corridor for West Wales’.

‘A New Strategic Rail Corridor for West Wales’ uploaded onto the Welsh Government Department for Transport and Economy website. 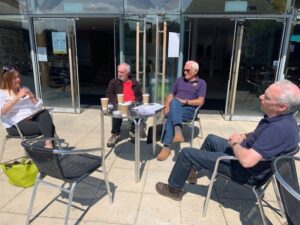 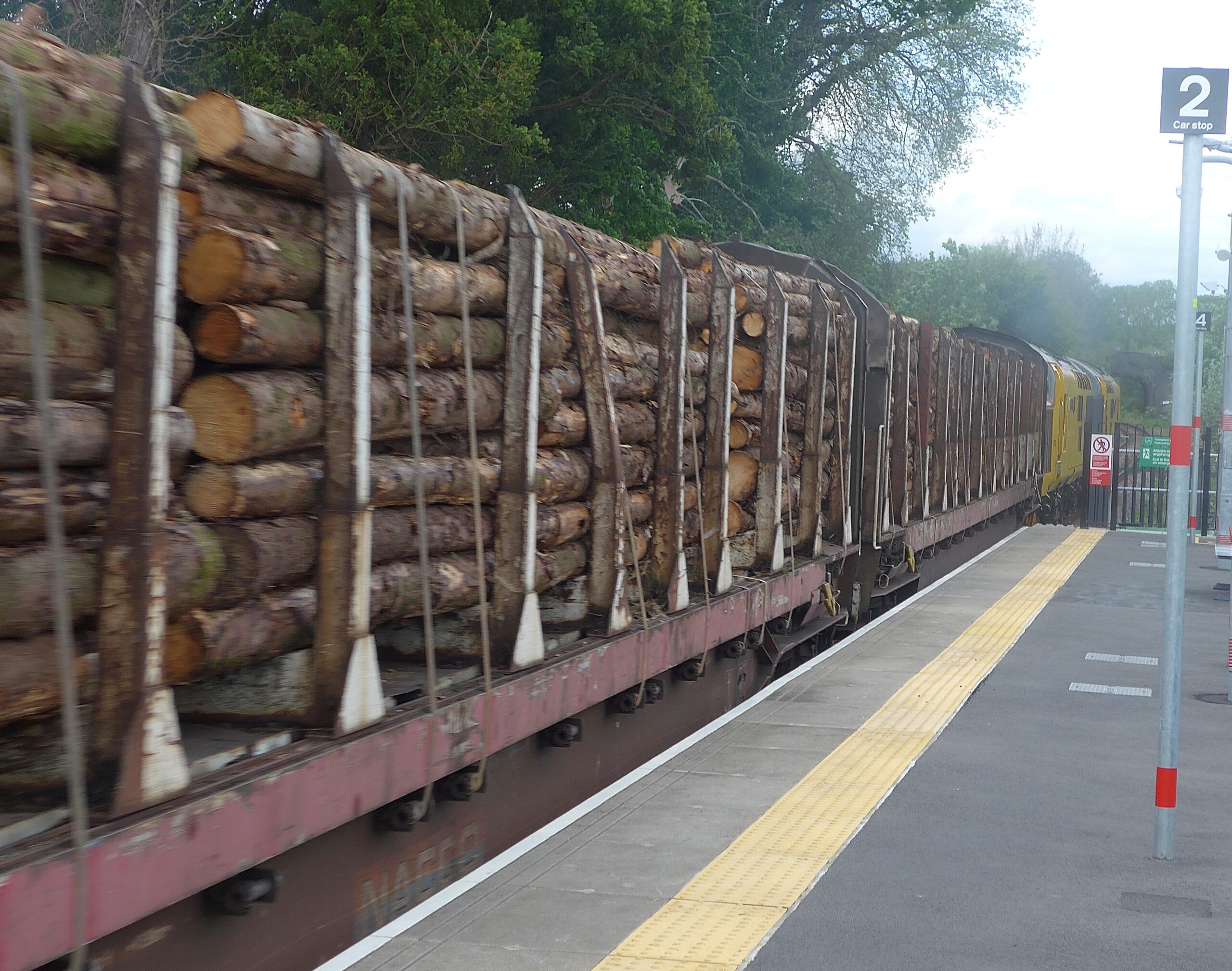 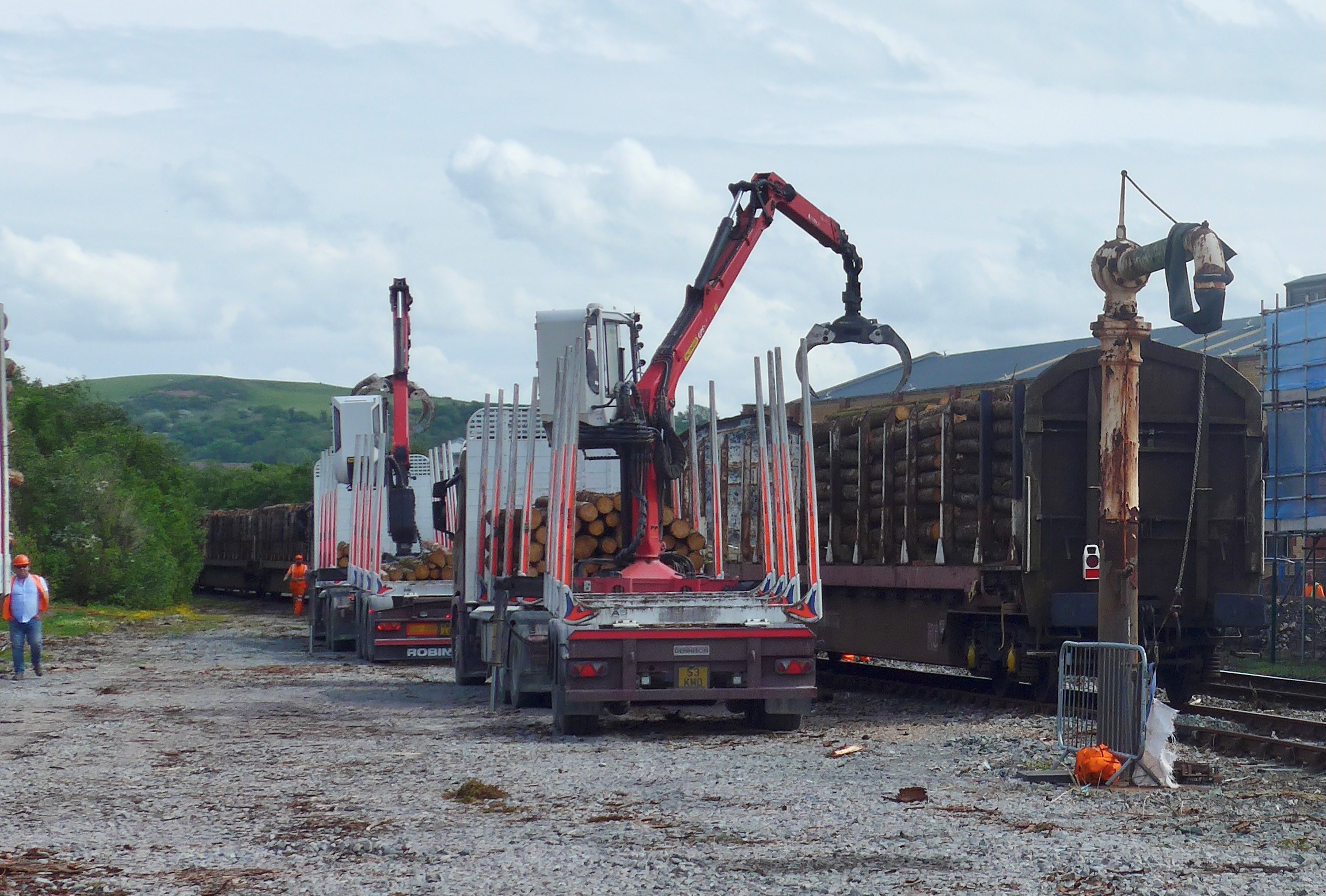 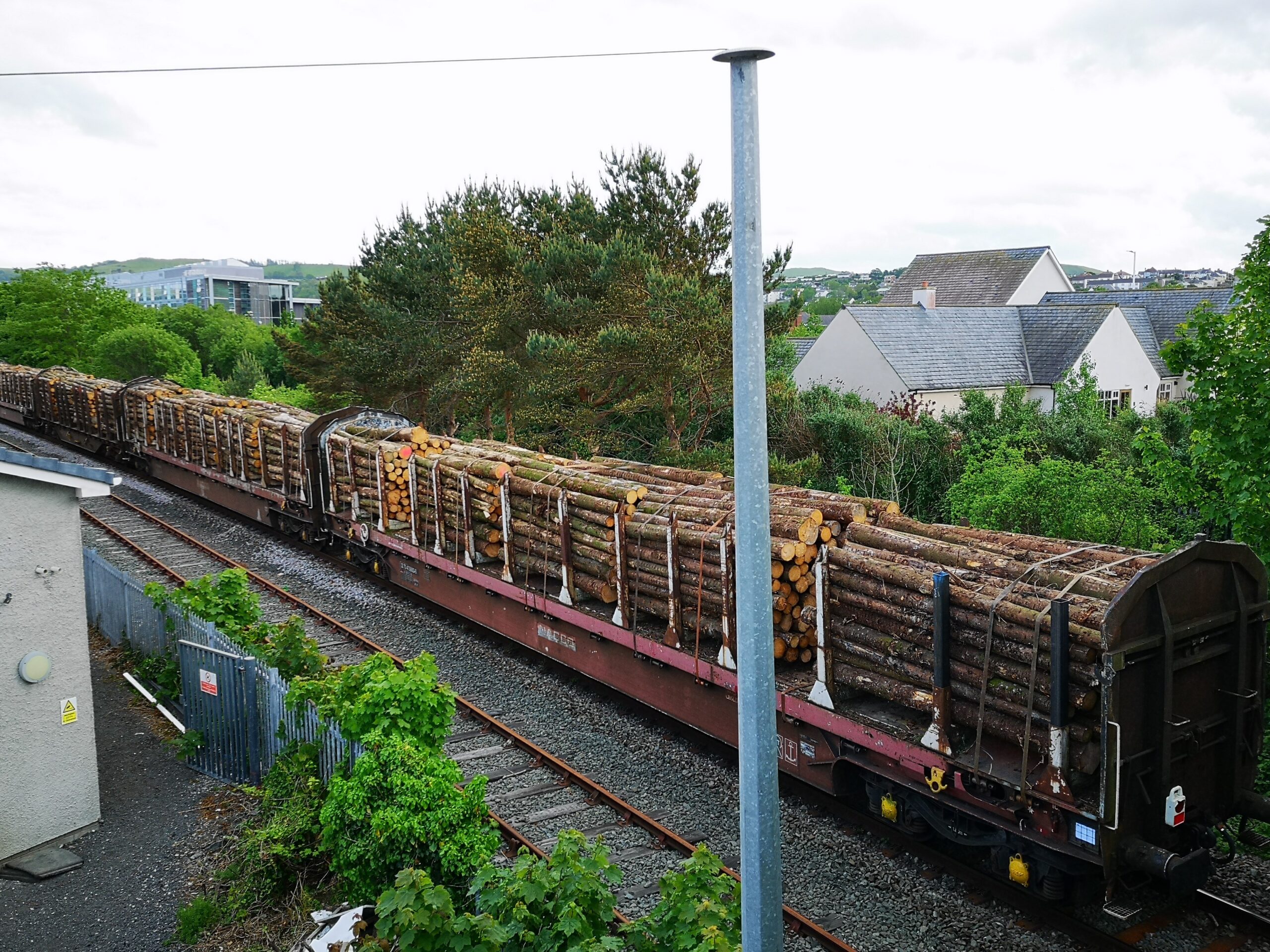 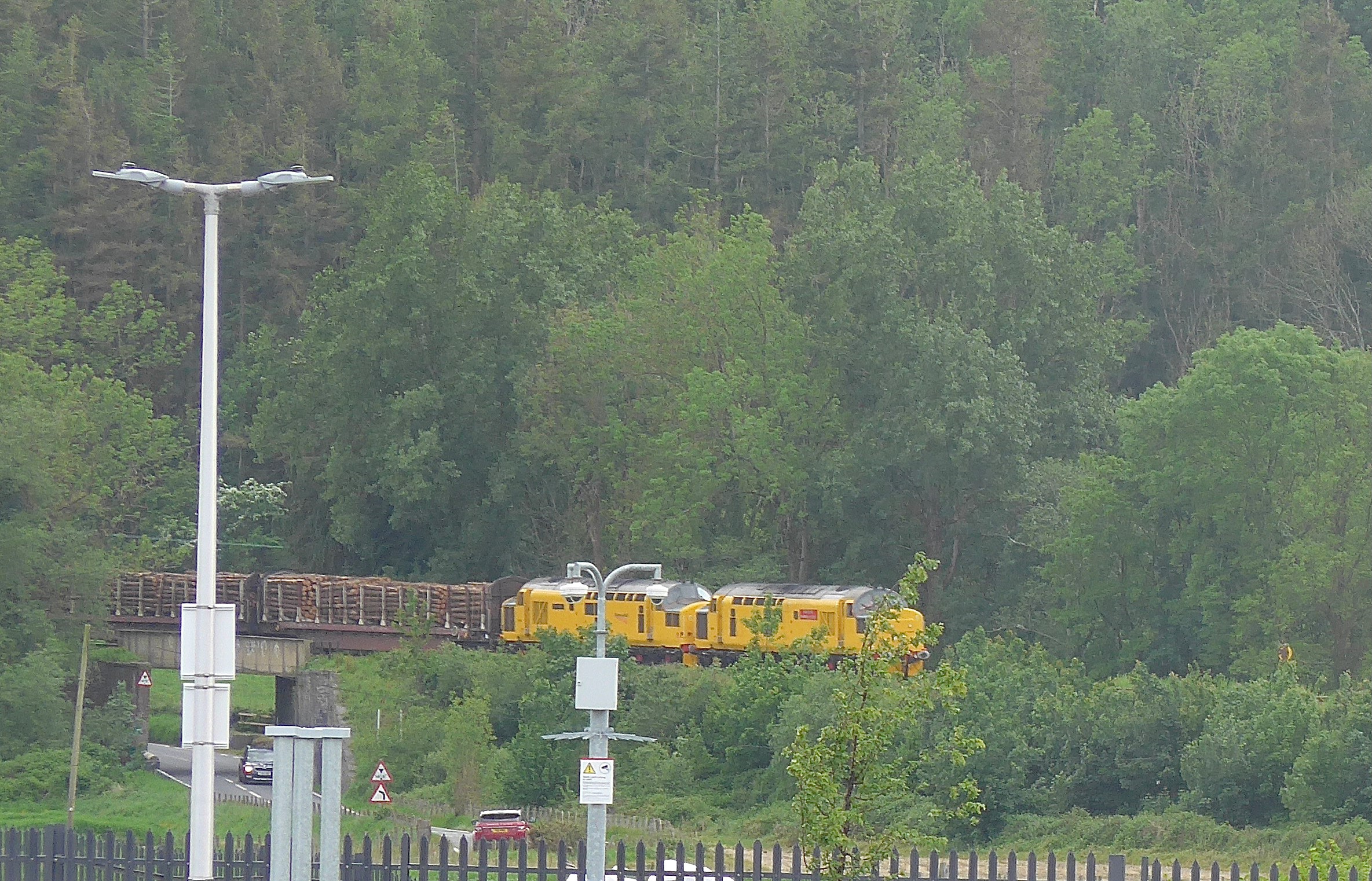 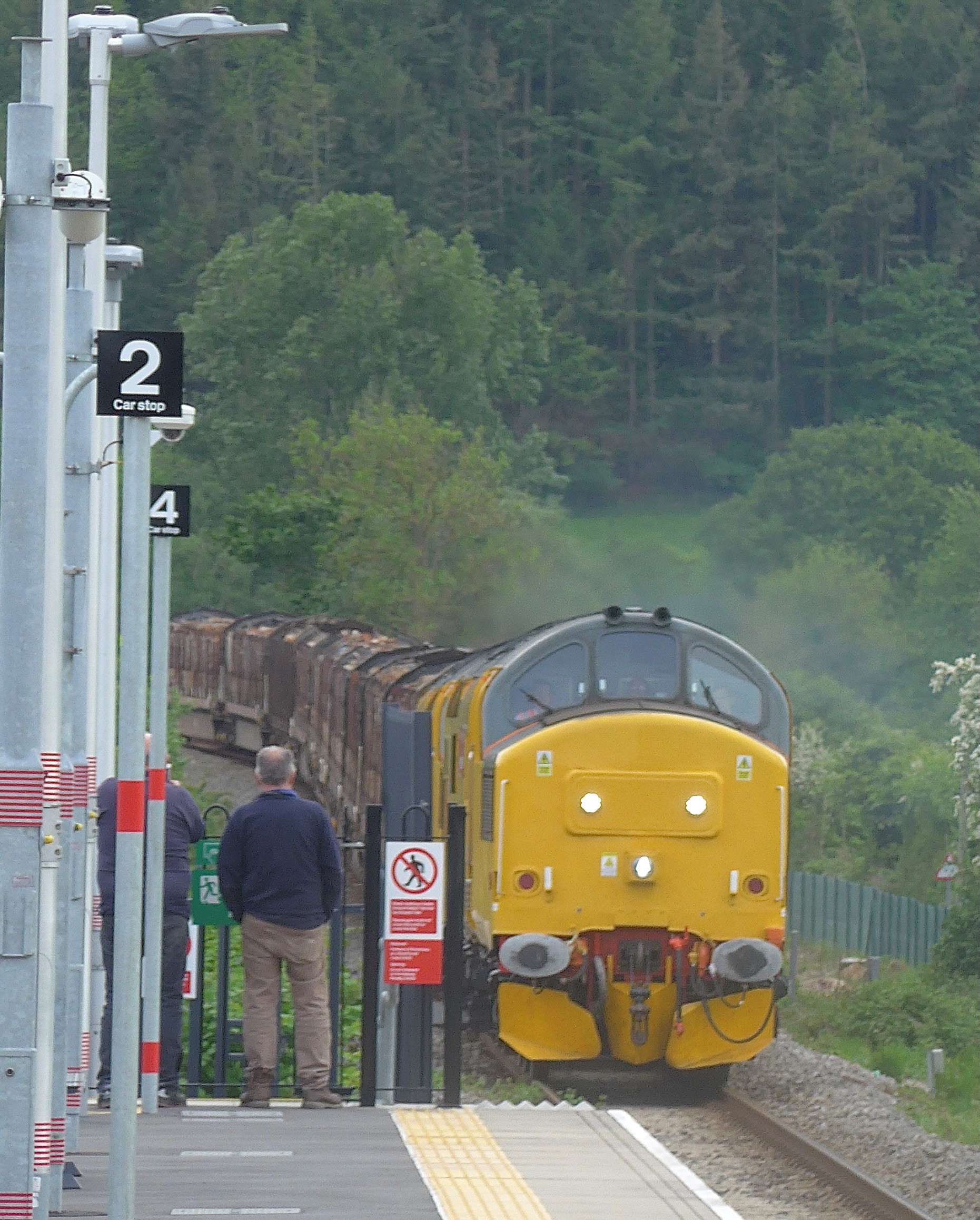 Two experimental timber trains have recently been run between Aberystwyth and the Kronospan Timber Manufacturer in Chirk. Two Class 37 diesel units hauled ten flat-bed truck loaded with almost 800 tons of timber. This is equivalent to more that 30 timber lorries which would be removed from the roads of West Wales.

The experiment was deemed a success and could well lead to further shipment of timber along the line, providing that the appropriate loading facilities can be established at the sidings by Aberystwyth station.

Traws Link Cymru has always argued that timber could be a major component of goods traffic on a reopened Aberystwyth to Carmarthen line, given the amount of timber which is now ready for felling on the hills of West Wales.

The benefits would not only be in reduced wear and tear on roads in the area by heavily-loaded timber lorries, but a significant reduction in heavy vehicle traffic which would make the roads safer, while at the same time reducing the carbon footprint in line with Welsh Government policy.